Researchers from global public health organization NSF International, Harvard Medical School, the National Center for Natural Products Research (NCNPR) at the University of Mississippi and the National Institute for Public Health and the Environment in the Netherlands (RIVM) have found the unapproved pharmaceutical stimulant oxilofrine in 14 over-the-counter dietary supplement products. Their research on oxilofrine was published in Drug Testing and Analysis.

The U.S. Food and Drug Administration (FDA) took action on April 4, 2016 to remove oxilofrine from the marketplace, issuing warning letters to seven companies that list the compound on their product labels. According to the FDA, oxilofrine is an illegal dietary ingredient, which means products containing oxilofrine are considered misbranded under the law.

Oxilofrine has been studied in animals and humans and found to cause effects on the heart similar to ephedrine, a compound banned by the (FDA) in 2004 due to serious side effects. Since then, scientists at NSF International have discovered several unapproved and potentially dangerous replacement stimulants such as DEPEA, DMAA, DMBA and now oxilofrine in dietary supplements.

According to the research, 26 adverse events have been reported in the Netherlands linked to supplements containing oxilofrine. These supplements led to nausea and vomiting, tachycardia, chest pain and cardiac arrest.1 Additionally, oxilofrine is often disguised on labels as “methylsynephrine” or “extract of Acacia rigidula.”

Following the instructions on the product label, consumers could ingest much more than prescription levels of oxilofrine – up to 250 mg of the compound in a day. This dosage is twice the typical adult dosage prescribed by physicians in other countries where the drug is approved for use during anesthesia and for treating a variety of medical conditions. Several professional athletes also have been disqualified from sport due to testing positive for oxilofrine,2 which is banned by the World Anti-Doping Agency (WADA) and most major sports organizations including Major League Baseball (MLB) and the National Football League (NFL).

“Adolescents who use these products might be placing themselves at risk of serious harm. The larger-than-adult doses we found might overstimulate their smaller, growing bodies,” said Dr. Pieter Cohen, an assistant professor of medicine at Harvard Medical School who has conducted extensive research on supplements. “In countries where oxilofrine is prescribed by doctors, the usual amount of the drug for adolescents is 24 mg or less. We found amounts in supplements of oxilofrine more than three times higher than the usual pediatric dose. Combined with physical activity and other stimulants commonly found in supplements, the consequences could be catastrophic.”

This is the fourth time in three years that the research team has found unapproved stimulants disguised in supplements as botanical ingredients. “This compound was found in 14 supplements which are used as either dieting aides or pre-workout supplements,” said John Travis, NSF International Research Scientist. “As a public health organization we want to warn consumers about these compounds that may harm instead of improve their health.”

“The presence of potentially harmful compounds such as oxilofrine, disguised as ‘methylsynephrine’ or ‘extract of Acacia rigidula,’ in over-the-counter supplements is illegal, and consumers should be aware of and avoid products containing these compounds. NSF International developed a testing and certification program that verifies supplement labels are accurate and the product itself is free from harmful levels of contaminants such as oxilofrine. We urge consumers to seek NSF certified dietary supplements to avoid unintentionally consuming harmful compounds,” stated Travis.

NSF International helped develop the only accredited American National Standard for dietary supplements (NSF/ANSI 173). NSF’s accredited dietary supplement certification program is based on this standard. The program includes a label and formulation review, testing to verify the supplement does not contain harmful levels of contaminants and two facility audits annually to confirm compliance to Good Manufacturing Practices (GMPs). Products certified to the stringent NSF Certified for Sport® program include additional steps to screen supplements for more than 230 athletic banned substances, which is why the program is used by the NFL, NHL, MLB, PGA, LPGA, the Canadian Centre for Ethics in Sport (CCES) and the New York City Police Department.

“NSF International’s dietary supplement and Certified for Sport® certification programs help retailers, consumers and athletes to make more educated decisions knowing that what is on the label matches what is in the container, and that they are not consuming any unintended substances like oxilofrine,” added Travis.

Scientists at the NCNPR conducted analyses on the products. “We are pleased to be a part of this research team, which is working to understand the risks and ensure the safety of botanical supplements for consumers,” said Dr. Larry Walker, Director of the NCNPR. 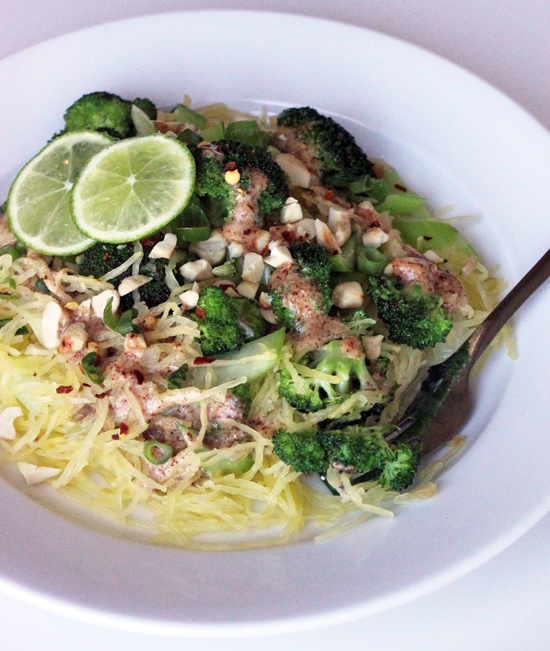 Make the Most of Spaghetti Squash With Paleo Pad Thai