Running Less Can Actually Be Better For Your Body

Our friends at Shape Magazine tell us that sometimes cutting back on cardio workouts can ultimately be the kinder choice for your body. Running was my first true fitness love, but ending our relationship turned out to be the best decision for my body and my mind. Running was my first serious fitness love. In today’s world of boutique studios and gimmicky programs, it almost seems quaint to admit that. But it makes sense: I’ve been putting one foot in front of the other my entire life, including a brief stint on my high school track team. (Those hurdles and…

Our friends at Shape Magazine tell us that sometimes cutting back on cardio workouts can ultimately be the kinder choice for your body.

Running was my first true fitness love, but ending our relationship turned out to be the best decision for my body and my mind.

Running was my first serious fitness love. In today’s world of boutique studios and gimmicky programs, it almost seems quaint to admit that. But it makes sense: I’ve been putting one foot in front of the other my entire life, including a brief stint on my high school track team. (Those hurdles and I did not get along.) The best thing about running? All you need is a pair of shoes and some space. (What Makes You a Runner?)

But space was something I rarely had enough of in my new postcollege life in New York City. I spent all day at work cooped up in a tiny cubicle and came home at night to a dark, 500-square-foot apartment that I shared with two roommates. Any sense of personal space I’d hoped for in the “real world” had gone out the (nonexistent) window.

But when I laced up my shoes and headed out the door, I felt free. Running was an escape from my newly boxed-in life, both at my 9-to-5 job and at home. Running was a way to find some time for myself, explore my new city, and as a happy side effect, lose some pounds I’d put on during the four-year beer-and-pizza fest that was college.

I started running three to four miles at a time. I weaved through crowds of commuters and bobbed impatiently at crosswalks. I crossed busy city streets, keeping a watchful eye on the constant stream of trucks and taxis. I lived for the moment the cramped sidewalks would open up on to the glorious, green expanse of the East River Park, where I felt like I could finally breathe.

I’ll never forget the first time a four-mile run felt “easy.” I couldn’t get enough of the cleansing, euphoric feeling that stayed with me long after my feet slowed down. I loved how my lungs pumped in the cool morning air and the way my legs burned as I pushed them past their limits. When I missed my hometown in Florida, running provided me with a dose of fresh air and blue sky and sunshine that I needed. My first fitness love affair was off to a torrid start, and I didn’t see it slowing down anytime soon.

After about a year of running on my own, I signed up for the New York City Half Marathon. I followed a training plan religiously. I made it through the long runs leading up to the March race, despite a snowy Winter (not an easy feat for a Florida girl). And when race-day came, I did it. It was slow, it was steady — but 13.1 was done.

That first race only strengthened my relationship with running. I’d dabble in yoga or strength training here and there, but mainly, I stayed faithful. I ran another half marathon in Central Park, then the Nike Half on the hilly streets of San Francisco. My times dropped with each race as I learned more and more about technique and form.

But along the way, as a health writer and editor, I was also learning more about exercise science and the effects of running — both awesome and not so awesome — on your body. I read studies that lauded the benefits of HIIT and weightlifting, especially for women, and how cutting down on slow and steady runs might be a faster route to losing fat and getting fit.

Thanks to my job — and the booming fitness industry — I started checking out new workouts I’d never even heard of before: competitive indoor cycling, hot yoga, HIIT, TRX, Pilates, barre, you name it. Boutique studios were popping up across the city, each with a different theory about the best type of exercise for your body and mind. And none included running. (The dawn of the indoor treadmill class wasn’t far behind, though.)

I kept running as a regular part my workout routine, but gradually, I went from feeling excited to get up and hit the road to feeling “meh” about my runs. My ankles started to get sore and my knees started to ache after long runs, even though I was properly recovering. I’d lost some weight, but I wasn’t seeing the muscle tone or strength I’d been hoping for. Slowly but surely, my runs started to get crowded out by workouts with co-workers and classes at the gym.

In 2015, I signed up to run the Brooklyn Half Marathon in May — my fourth time running 13.1. That Spring was a rough time for me personally: I was going through a bad breakup and the requisite bad dates that followed. Still, I followed the training plan, doing strength workouts and pushing through the final 11-mile run. But instead of feeling euphoric and exhilarating, it just felt endless and draining.

The night before the half, I set my alarm, laid out my race outfit and bib, and packed my prerace snacks and water bottle. But my mind was elsewhere — on a new relationship, on my family who was visiting, on a friend’s party I’d skipped that night in favor of rest.

When the alarm went off at 6 a.m., I took one look at my phone, turned off the alarm, and rolled over to return to my sweet, sweet dreams. When I got up a couple hours later, I didn’t feel defeated, or even guilty for wasting money on the entry fee — honestly, I just felt relieved. (And science says Cutting Yourself Some Slack Can Lower Your Risk of Running Injuries.)

That morning, instead of heading to the corrals, I went to the gym for a 45-minute cycling class, then met my parents for brunch. Compared to previous race-days when I felt drained and exhausted, I was full of energy that day, visiting museums and spending time with family and friends. My love affair with running had imploded.

Over that weekend, I realized my racing days were over. I’m sure my reasons were different than most: I didn’t get a serious injury; I didn’t get sick; I didn’t have a major personal crisis that caused me to miss a bunch of training runs. I was lucky. I just came to the realization that I didn’t have to run that race, even if I physically could. And sometimes it’s better to listen to your body and take a break.

Since then, my new workout crushes are indoor cycling, strength training, and yoga. It’s a mix that makes my body feel stronger and look leaner and more toned than it ever did, slogging through 15 to 20 miles per week. I have more energy overall and zero painful twinges in my ankles or knees. (Stuck in a rut? Try these Plateau-Busting Strategies to Start Seeing Results at the Gym.)

And I’ve never been more excited about working out. I’ve learned how to do headstands in yoga and I’ve seen my name high on the leader board in cycling classes. Now instead of putting one foot in front of the other for miles on end, I’ll put together my favorite strength exercises for a HIIT circuit that kicks my ass. On a freezing morning, I’ll do a yoga video in my apartment, rather than drag myself to the gym and dutifully press start on a treadmill.

I’ll never forget everything running did for me. It helped me fall in love with fitness, introduced me to areas of New York City I’d never discover otherwise, and helped me get healthier after college. And I’m not saying I’m giving it up completely. Sometimes I’ll return for a weekend tryst — there’s nothing like a leisurely Sunday run to get your head straight for the week ahead, or a long run to explore a new city I’m visiting on vacation. But for the most part, I’m committed to staying in an open relationship with all of my workouts.

Source: Running Less Can Actually Be Better For Your Body : PopSugar 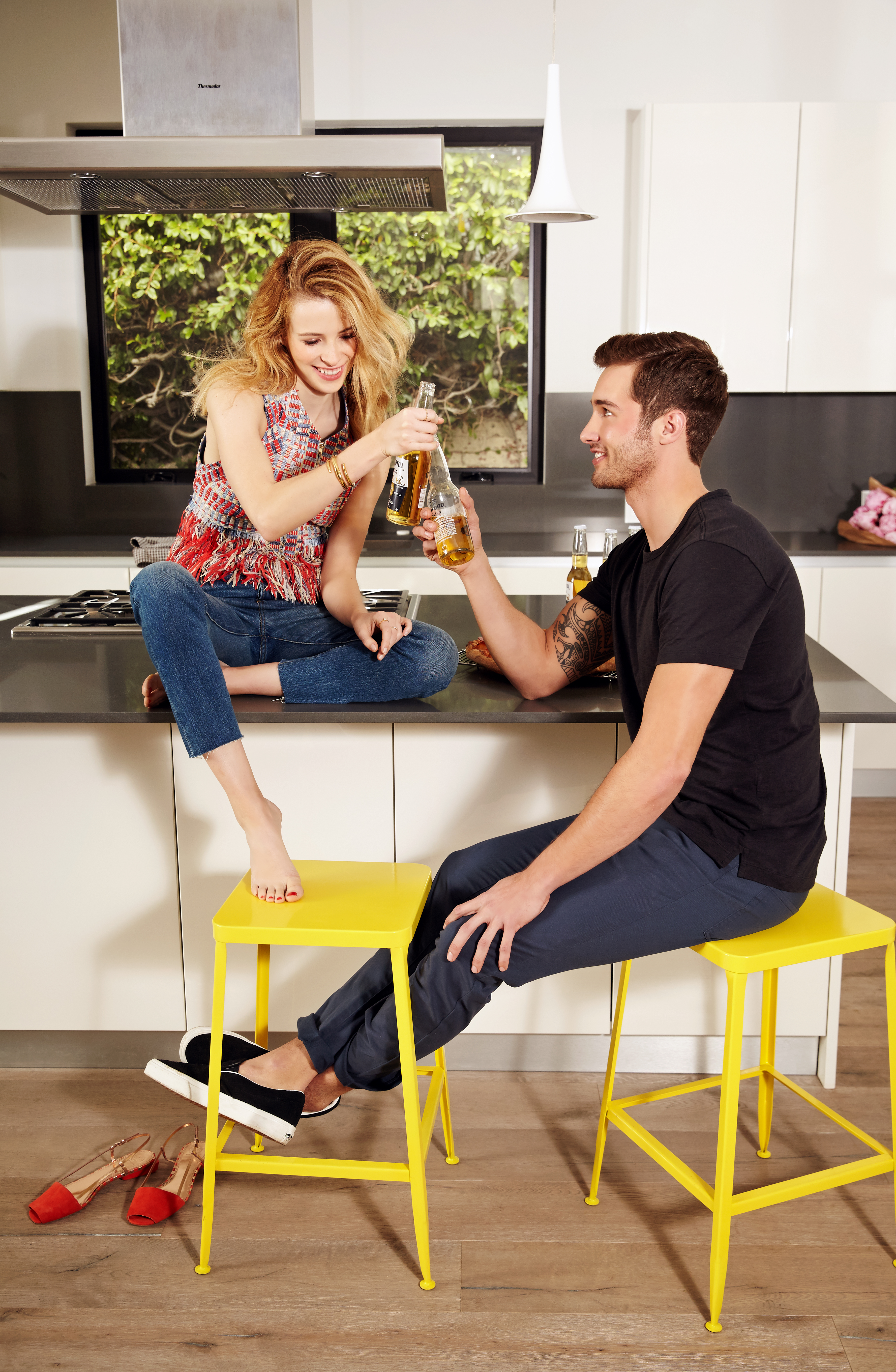 5 Foolproof Ways to Get Rid of Your Beer Belly

How to Treat Prediabetes with Diet