Overweight people make unhealthier food choices than lean people when presented with real food, even though both make similar selections when presented with hypothetical choices, according to research led by the University of Cambridge and published in the journal eNeuro.

The researchers found that when making hypothetical food choices, lean and overweight people showed highly comparable patterns both in terms of their choices and the accompanying brain activity. The activity in the brain was a good predictor of which foods they would choose when later faced with a selection of real food choices. But the presence of real food influenced choices differently across the groups.

In a related study published recently in the International Journal of Obesity, the researchers show that the brain structure in obese people differs from that in lean individuals in key regions of the brain involved in processing value judgements.

More than 1.3 billion people across the world are overweight and an additional 600 million are obese. Being overweight or obese are leading risk factors for deaths globally, being associated with increased incidence of type 2 diabetes, cardiovascular disease and some cancers.

Previous studies have suggested that obesity is associated with a greater consumption of unhealthy foods – those with high sugar and/or fat content – even though lean and overweight people do not appear to differ in their judgements of the relative healthiness of foods. To help explore further this apparent contradiction, researchers from the University of Cambridge and the Medical Research Council Human Nutrition Unit examined the relationship between how people judge the healthiness and tastiness of food and whether this predicts their food choices at a buffet lunch.

The researchers asked 23 lean and 40 overweight individuals to rate 50 common snack foods, presented on a computer screen, on a five-point scale for their healthiness and tastiness independently. They then examined the degree to which each of these individually-rated attributes appeared to influence a person’s willingness to swap a particular food for one that had previously been rated as “neutral”.

Participants were shown a picture of the “neutral” reference food item at the beginning of the task and told that on each trial they would have to choose between the food item shown on that trial and the reference food item. For example, if they had chosen a granola bar as neutral (and hence their reference food), they might be shown an apple and asked if they would be willing to swap the granola bar for the apple. During this swap-choice task, participants were placed in a functional magnetic resonance imaging (fMRI) scanner, which indirectly measures activity in the brain.

Neither choice behaviour nor accompanying brain activity differed measurably according to participants’ body weight. As one might predict, for both groups, taste was a much better guide to whether a person might choose to swap a food than healthiness. Willingness to swap a given food was associated with greater levels of activity in a key region of the brain: the ventromedial prefrontal cortex, which previous studies have consistently related to the degree to which people value rewards. Activity in this region did not differ across the groups.
Following the scanner experiment, participants were presented with an all-you-can-eat buffet with a selection of sandwiches, desserts, drinks and snacks. For each type of food, there were healthier and less healthy options, such as chicken sandwich and a BLT (bacon, lettuce and tomato) sandwich, or cola and diet cola. Once they had rated the buffet choices for healthiness and tastiness, the participants were allowed to eat freely and as much as they wanted.

At the start of the experiment, the researchers had also measured each individual’s impulsivity – in other words, their self-control – using a mixture a computer tasks and a questionnaire. While the level of impulsivity made no difference in lean individuals’ selections, the researchers found an association in overweight people between impulsivity and consumption of unhealthy foods – the greater their level of impulsivity, the greater the proportion of unhealthy food they ate. Once again, this effect was apparent only when there was real food available and was not seen during the more hypothetical valuation decisions.

“There’s a clear difference between hypothetical food choices that overweight people make and the food they actually eat,” says Dr Nenad Medic from the Department of Psychiatry. “Even though they know that some foods are less healthy than others and say they wouldn’t necessarily choose them, when they are faced with the foods, it’s a different matter.

“This is an important insight for public health campaigns as it suggests that just trying to educate people about the healthiness of food choices is not enough. The presence of unhealthy food options is likely to override people’s decisions. In this respect, food choice does not appear to be a rational decision – it can become divorced from what the person knows and values.”

In a second study, the researchers looked at the brain structure of over 200 healthy individuals using an MRI scanner and found an association between body mass index (BMI) and brain structure. Strikingly, one of the regions showing this relationship overlapped with the region responding to food value in the first study – the ventromedial prefrontal cortex. The grey matter layer in this region was thinner in people with greater BMI.

“Perhaps this offers us some clues about the first observation – that rational, hypothetical valuation decisions don’t fully translate into healthy choices in the overweight people when they are offered real food choices,” says Professor Paul Fletcher from the Department of Psychiatry. “While the region is clearly responding in a way that is not distinct from leaner people, perhaps the structural differences suggest a reduced ability to translate what one knows into what one chooses.

“Although we can only speculate at this stage, and we really don’t know, for example, whether this brain change is a cause or a consequence of increased weight, this could help explain why this same group of people found it harder to stick to their original, healthier food choices when presented with a buffet selection.”

Professor Theresa Marteau, Director of the Behaviour and Health Research Unit at the University of Cambridge, a co-author of the study, adds: “These findings attest to the power of environments in overwhelming many people’s desires and intentions to eat more healthily. The findings also reinforce the growing evidence that effective obesity policies are those that target food environments rather than education alone.”

The research was funded by the Bernard Wolfe Health Neuroscience Fund, the Wellcome Trust and the Medical Research Council.

Jessica Alba Sweats Just as Much as We Do! 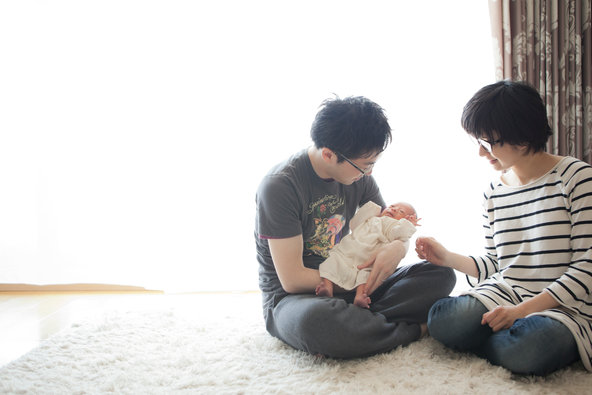 Do This Workout For a Natural Breast Lift