As more states decriminalize recreational use of marijuana and expand its medical applications, concern is growing about inconsistent and inaccurate dosage information listed on many products, including brownies and other edibles. But now scientists report that they have developed a technique that can more precisely measure cannabis compounds in gummy bears, chocolates and other foods made with marijuana. They say this new method could help ensure product safety in the rapidly expanding cannabis retail market.

The researchers presented their work at the 251st National Meeting & Exposition of the American Chemical Society (ACS).

“Producers of cannabis edibles complain that if they send off their product to three different labs for analysis, they get three different results,” says Melissa Wilcox, who is at Grace Discovery Sciences. “The point of our work is to create a solid method that will accurately and reliably measure the cannabis content in these products.”

More than 30 states and the District of Columbia have either decriminalized cannabis or have allowed legal medical access to it. One recent study has shown that where marijuana edible products are legally available, labeling is at best inconsistent and at worst misleading. In fact, researchers who recently analyzed cannabis products legally purchased in three U.S. cities found that only 17 percent of the tested edibles containing marijuana had labels that accurately listed the amount of tetrahydrocannabinol, or THC, the active ingredient in marijuana that causes the substance’s “high.” More than half had detectable levels of another marijuana compound called cannabidiol, or CBD. This substance, which can be used as a pain-reliever and an anti-inflammatory without mind-altering effects, wasn’t listed on most of these labels.

These discrepancies are important. Edible marijuana can be more potent and can have longer lasting effects than if it is smoked because of how it is metabolized in the body, says Jahan Marcu, Ph.D., who is at Americans for Safe Access and is vice-chair of the newly formed ACS Cannabis Subdivision. It also takes longer for a person eating a marijuana-containing snack to feel its effects.

“It’s a lot easier for an individual to control their dose when smoking,” Wilcox says. “The effects of edibles can take a while to happen. You eat them, and then wait to see how you feel in an hour or two. If you ingested too much, you could be in for an unexpectedly bad experience.”

Most marijuana edibles are currently analyzed using a device called a high performance liquid chromatograph, or HPLC. But there’s a problem using this technique.

“These machines were never designed for you to inject a cookie into them,” Marcu says. “The sugars, starches and fats will wreak havoc on HPLC equipment. They can really muck up the works and lead to inaccurate results.”

To overcome this problem, Wilcox, Marcu and colleagues placed food samples infused with cannabis into a cryo-mill with dry ice or liquid nitrogen. Then they added abrasive diatomaceous earth – a silica-based compound sometimes used to keep snails out of gardens – and ground the mixture to create a homogenous sample. They separated out the various chemical components using a technique called flash chromatography. This allowed them to inject liquid containing only the cannabinoids into an HPLC for analysis. The researchers concluded this process could yield far more accurate and reliable measurements of THC and/or CBD levels in an edible product than was previously possible.

The team is still evaluating their preliminary results and determining whether this technique will work with all cannabis-infused food and drinks. But so far, it appears to accurately measure cannabis content in gummy bears, brownies, cookies and certain topical lotions. According to Marcu, the next step is to install this equipment into commercial labs and train technicians to use it on a larger scale. 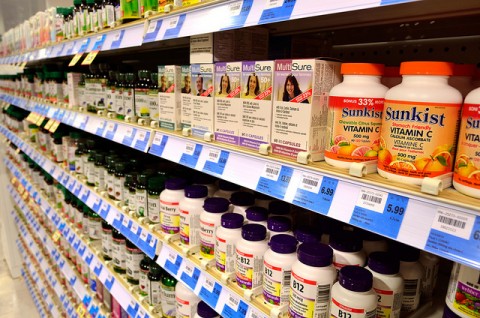 Heath Savings Accounts: a tax-sheltered way to pay for quackery

Who Knew Man Boobs Could Save So Many Women's Lives?