The average reduction in body mass index (BMI) measured for obese students of average height two years later when they entered high school translated into about nine pounds lower bodyweight. The findings are published in the May issue of the journal Pediatrics.

The program, called Students for Nutrition and eXercise (SNaX), combined school-wide environmental changes and encouragement to eat healthy school cafeteria foods, along with a peer-led education and marketing campaign.

“We believe that SNaX may have triggered changes in physical activity and diet that were sustained from middle to high school, leading to the BMI reductions,” said Laura M. Bogart, co-principal investigator of the study and a senior behavioral scientist at RAND, a nonprofit research organization. “Although we don’t know why obese students in particular were affected by the intervention, this group of students may have had greater motivation to make behavioral changes, especially after being exposed to SNaX messages about health.”

The marketing campaign included taste tests of cafeteria foods, as well as a short film shown to the entire seventh grade class that encouraged physical activity and healthy eating.

In addition, students were given pedometers and provided with instructions about different kinds of exercises that could be done safely at home, such as dancing and jumping jacks, and at school.

Immediately following the five-week intervention, researchers found significant increases in the proportion of students served fruit and lunch in the cafeteria, increases in water consumption and greater obesity-prevention knowledge, as well as an increase in positive attitudes toward cafeteria food. In addition, there was a decrease in the proportion of students buying snacks at school.

“It was exciting to see that students were interested in eating fresh fruit when it was made available and that many students volunteered to learn more about healthy eating and physical activity so that they could help teach other students,” said Dr. Mark Schuster, principal investigator of the study, chief of general pediatrics at Boston Children’s Hospital, professor of pediatrics at Harvard Medical School and an adjunct researcher at RAND.

The question for the research team was whether the immediate results in behavior changes would lead to a reduction in BMI. To help with the long-term impact, all seventh graders were given take-home activities to do with their parents during each week of the program. Also, students and parents were given concrete suggestions about new foods to try at home, as well as information about the risks of sugary drinks and the value of healthy eating.

“Although SNaX lasted only five weeks, a primary goal of the program was to teach students skills that could be transferred to their family and to peers, as well as to instill healthier habits and provide students and parents with strategies for longer-term behavior changes,” Bogart said.

Researchers note that the long-term effects on BMI suggest that SNaX could have an even greater impact if it were extended throughout the school year to fit with existing school clubs and extra-curricular activities.

Support for the study was provided by the National Institute of Minority Health and Health Disparities. Other authors of the study are Marc N. Elliott, David J. Klein and Jennifer Hawes-Dawson with RAND; Burton O. Cowgill with the UCLA Fielding School of Public Health; and Dr. Kimberly Uyeda with the Los Angeles Unified School District.

The Best Moves to Tone, Sculpt, and Strengthen Your Legs 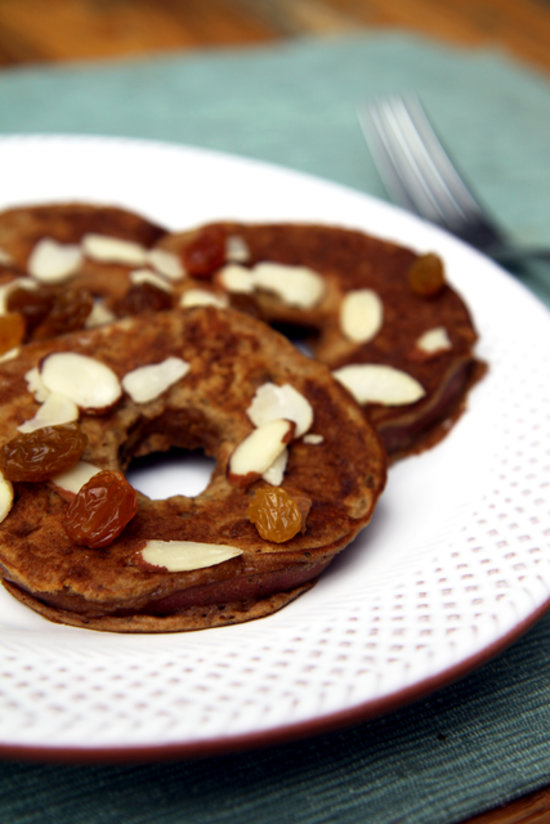 Find Out How These Apple Pancakes Can Help You Slim Down

These Yogis Prove That EVERYBody Has the Perfect Body For Yoga