Kids' meals still too high in fat and sodium

For many American children, eating out is routine.

Studies show that, while home-prepared food has more nutritional value than restaurant meals, the diets of most children in the US already lack fruits, vegetables and low-fat dairy items.

Many restaurants have already begun offering healthier choices for children, in anticipation of legislation that will require calorie counts to be included on menus from December 2016.

For the past 6 years, healthier children’s dishes have been among the top 10 food trends in the National Restaurant Association’s annual survey of chefs.

The 42,000 participating restaurants now offer at least one meal and one side dish that meet specific criteria for nutrition. Full meals must include at least two, and side dishes at least one of the following food groups: fruits, vegetables, lower-fat dairy, whole grains and lean protein.

However, there is still a way to go.

Researchers led by Dr. Sarah Sliwa, PhD, of Tufts University Friedman School of Nutrition in Boston, MA, wanted to find out how children’s meals match up to national nutritional recommendations.

Nevertheless, 90% of meal combinations at two of the QSRs had less than 770 mg of sodium, proving that it is feasible for large, successful restaurant chains to meet this requirement.

“Improving the availability of healthier kids’ meals is a critical step toward increasing children’s exposure to healthier foods, but that alone is not enough. We encourage restaurants to look holistically at the nutritional value of their children’s meals, and to market healthier options in ways that emphasize taste and appeal to parents and children alike.”

Senior author Christina Economos, PhD, who is vice chair and director of ChildObesity180, says that while we should commend restaurants on their progress, there is still a long way to go.

A question of supply and demand

The authors predict that when calorie counts start appearing on more menus later this year, calories may decrease further. However, what impact menu labeling will have on areas such as sodium content is unclear.

Economos does not believe that any one step will reverse the obesity epidemic, and she calls for everyone to pull together to ensure a healthier diet for children.

Restaurants can increase the prevalence and prominence of attractive, healthy options, but parents also have a role to educate and encourage their children to make healthier choices. Economos urges parents to speak up and demand healthy meals where there are none.

“We need to combine more nutritious children’s meal offerings with stronger education to drive both supply and demand to support healthier choices,” she says. 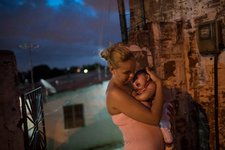 Supersweet Dessert Recipes Made With Dates Instead of the White Stuff