Diabetes is a condition characterized by high amounts of sugar in the blood. These high blood sugar levels are a result of the body’s inability to either produce or use a hormone called insulin.

Insulin’s role is to move sugar from the blood and into the cells of the body where it is used to make energy.

Diabetes is marked by high blood sugar, known medically as hyperglycemia. As such, drinks which have a lot of sugar in them should be avoided as they cause spikes in blood sugar.

There are three major types of diabetes:

Factors that can increase the risk of type 1 diabetes include:

Drinking cow’s milk at an early age may also play a role in type 1 diabetes.

Type 2 diabetes is the most common form of diabetes. The body is unable to use insulin fully or make enough of it to keep up with sugar intake.

Gestational diabetes affects women during pregnancy. If the body cannot make enough insulin to carry the sugar to cells to be used or if there is insulin resistance present, the woman may be diagnosed with gestational diabetes.

One recent study posted in the BMJ found a link between drinking sugary drinks and the risk of type two diabetes.

Another study posted in Diabetes Care found that people who drink 1-2 sugar-sweetened drinks every day have a 26 percent greater risk of developing type 2 diabetes than those who do not.

Other things to consider about sugar-sweetened sodas:

Diet soda may not contain sugar but could still be risky for people with diabetes.

While diet soda may be a sugar-free alternative to regular soda, that does not necessarily make it healthier.

It is true that diet sodas do not contain sugars, and have little to no calories. Because of this, diet sodas are thought to help reduce risk or control diabetes symptoms. However, this may not be the case.

A recent study posted in the American Journal of Clinical Nutrition followed 66,118 women for 14 years, keeping track of the drinks they consumed.

Recent studies have also shed light on strong associations between diet soda and factors that contribute to diabetes. These factors include weight gain and metabolic syndrome.

What is the metabolic syndrome?

Metabolic syndrome is a group of risk factors that often occur together and increase the risk of diabetes, heart disease, and stroke.

One recent study posted in Diabetes Care found a strong association between diet sodas and diabetes factors.
In the study, researchers found a significant link between diet soda and the development of high blood sugar levels and belly fat, two factors of metabolic syndrome.

The results of the study showed a 67 percent increased risk of type 2 diabetes in people who drank diet soda daily. As such, diet soda is not the healthiest option for people looking to control or prevent type 2 diabetes.

Obesity is a contributing factor in diabetes. As a result, controlling body weight is an important factor in controlling or avoiding type 2 diabetes.

A study posted in the Journal of the American Geriatrics Society looked at long-term effects on waist size in diet soda drinkers. A total of 749 participants over the age of 65 were studied for 9.4 years.

As the number of diet soda drinks increased, so did the waist circumference of participants. Participants who drank diet soda on a daily basis showed more than quadruple the waist gain than those who did not drink it. This shows a long-term link between diet soda consumption and belly fat.

With the rise in diet soda’s popularity comes a rise in the use of alternative sweeteners. These sweeteners are tempting for people with diabetes, as they do not contain sugar.

While the artificial sweeteners used in diet sodas do not directly raise blood sugar, they may still promote health risks, including affecting the balance of healthy bacteria in the intestines which may indirectly affect insulin sensitivity and appetite hormones. The most common alternative sweeteners are:

Stevia leaves can be a useful replacement for sugar in drinks.

If soda is irresistible, there are other options to reach for before that diet drink. Consider these alternatives to diet soda.

Carbonated water with a splash of fruit juice

People who drink soda for the refreshing fizz can reach instead for carbonated water, flavored with a splash of fruit juice like lime, lemon, or grapefruit. The combination is rich in vitamins and minerals, and rehydrates the body. Lime, lemon, and grapefruit juice also help digestion.

Unsweetened black tea is a good alternative for people who drink soda for the caffeine boost it provides. It can be made iced as well, which provides the same refreshing benefit as a cold soda. The small amounts of caffeine can also help the body to process sugar, helping to control weight.

People who crave the sweetness of the soda the most can consider sweetening tea or carbonated water with whole stevia leaves. The leaves are a no-calorie sweetener. At only 30-40 times the sweetness of sugar, they have less of the appetite-enhancing effects of most artificial sweeteners.

Soda, whether regular or diet, is a dietary waste. Sodas have little nutrients, and have a long list of side effects.
For people with diabetes, diet soda has been associated with weight gain and symptoms of metabolic syndrome. Some sweeteners in diet soda even cause sugar and insulin spikes in the blood.

Reaching for an unsweetened iced tea or carbonated water is a great alternative, and can provide the same refreshing benefit as a diet soda. 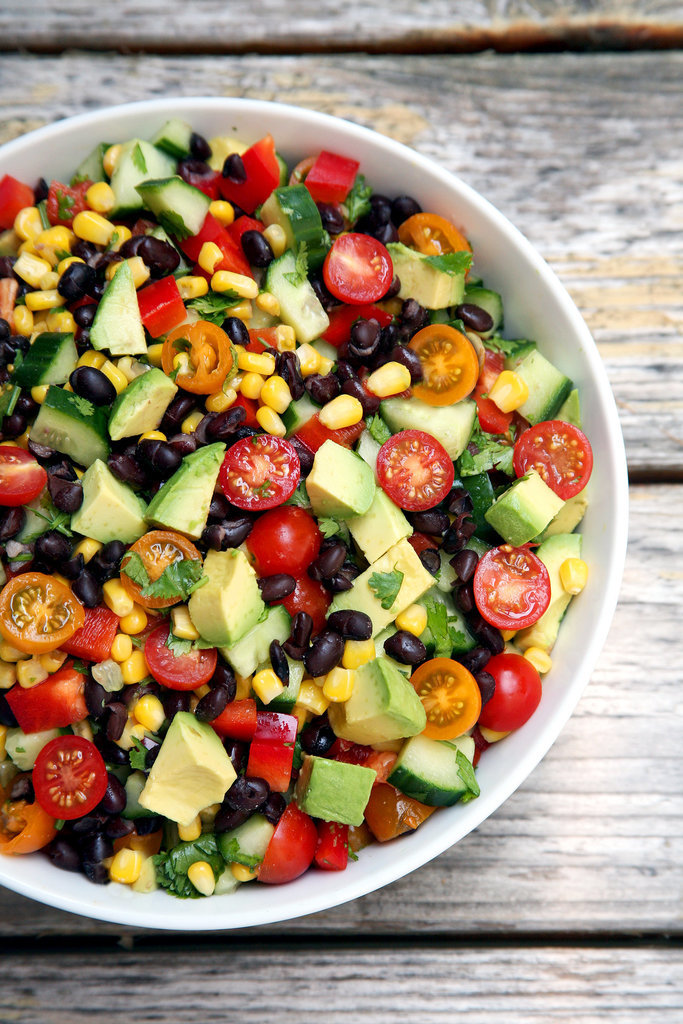 17 Healthy Cucumber Recipes to Cool Down Your Summer