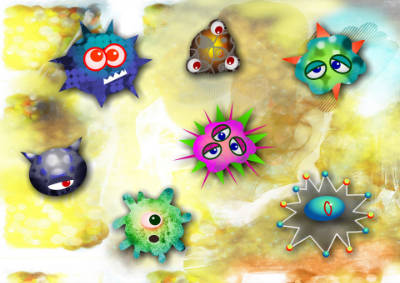 I recently heard about a man who was planning a hike in a tick-infested area and thought he could avoid Lyme disease by using Ray Jardine’s Blood Cleaner.  Ray Jardine is a well-known mountaineer, rock climber, long-distance hiker, and outdoor adventurer. A lightweight hiking enthusiast, he has branched out into selling lightweight equipment like backpack kits, tarps, and insulated hats. Most of his products are reasonable, but one is not: the Blood Cleaner. It is a micro electronic device that allegedly kills or disables pathogens in a person’s bloodstream. It is worn on the wrist in a pocket on a wristband that has another pocket holding a 9-volt battery. He and his wife make the devices themselves at home and sell them for $78.95. It could not possibly work as claimed. It is as useless as Hulda Clark’s infamous zappers.

How it supposedly works

It sends pulsed micro-currents through the skin and into the blood vessels. The micro-currents electrocute the germs in the bloodstream, killing bacteria, protozoa, and fungi and disabling viruses, without harming the white blood cells. It cleans germs out of the blood just as taking a shower cleans germs off the skin. It comes with two probes, one for cleaning the bloodstream and another for making nano-silver in a glass of water to kill pathogens in the upper GI tract. Nano-silver (a form of colloidal silver) may kill germs in vitro, but it is useless and potentially harmful when ingested by humans. Colloidal silver has been known to turn people as blue as a Smurf.

The Blood Cleaner is contraindicated in anyone with a pacemaker or taking strong drugs, and it is “not suitable for a person adverse [sic] to drinking lots of water,” since the killed pathogens must be flushed out of the body before they reach toxic levels and make you ill. It should be used only 10 minutes at first, building up to an hour a day for a month or so; then it can be repeated as needed, once or more each year or two. If you use it for too much time, you may experience what he calls bonking, symptoms caused by a massive toxic overload as the body dumps large amounts of wastes. Bonking is a “healing crisis” and a sure sign that the Blood Cleaner is working and that the person has “vast amounts” of pathogens in the blood.

Pathogens in the blood can allegedly make you more susceptible to catching infectious diseases; killing them gives your immune system a boost. They can sap a person’s energy and vitality, in both body and mind.

There is a tiny screw on the underside of the device that can adjust the frequency of the current from the Beck Frequency to the Schumann Resonance, and to the Tesla Resonance. I won’t comment on these except to say there is no evidence that they have any relevance to human health.

He claims to have some dramatic success stories concerning malaria, Lyme disease, and chronic fatigue syndrome, but he doesn’t provide them. He does provide his own testimonial. He had Lyme disease, was treated with 6 weeks of antibiotics, but continued to have chronic fatigue. He had not used the Blood Cleaner for a few years (why not, if it’s so great?) but he started using it again daily, and 10 days later he was back to normal. He also credits the device for the fact that he hasn’t had a cold or flu for 22 years.

What’s wrong with this?

Practically everything. In the first place, we don’t harbor pathogens in the blood. If we did, we would be sick; and they would be detectable by blood cultures and by simple examination of the blood under a microscope. I think Jardine or the people he relies on for his information may have been misled by unreliable live blood cell analysis. In the second place, applying a micro-current to the wrist couldn’t possibly affect pathogens in the blood, much less “electrocute” them. And even if you could eliminate all the pathogens at one point in time, what would prevent them coming back before the recommended treatment interval of a year or two? And of course there are no studies to compare the presence of pathogens before and after treatment, much less controlled clinical studies showing health benefits for users.

How likely is it that Ray Jardine has discovered a problem (pathogens in the blood) unrecognized by medical science and has found an effective treatment? He has no training in science or medicine, and he works alone. His blog account of his 40-day water-only fast demonstrates his gullibility and lack of critical thinking skills. He references an integrative medicine website that claims that a water fast of up to 40 days can save your life and will “help you overcome common diseases such as hypertension, diabetes, autoimmune diseases, and many others.”  That is a ridiculous claim, but apparently Ray swallowed it whole. In a day-by-day journal he describes his suffering: hunger, lack of energy, lightheadedness, a period where “every cell of my body felt like it had a headache,” low enthusiasm, not getting much work done, “could hardly walk across the room without getting tired,” headaches, nausea, backaches, inability to stay warm, etc. He describes “malaise, as though this is a self-inflicted illness” [It is!] He lost 35 pounds. Essentially he starved himself and tortured himself for 40 days. It is a tribute to his willpower, but there is no reason to think it improved his health and every reason to think it subjected him to danger and useless suffering. His lack of medical knowledge is further demonstrated by the fact that he took half an aspirin every 12 hours for his back pain, a dose too low to have any effect.

The Blood Cleaner is probably harmless and might induce a placebo response, but there is no evidence that it has any meaningful effects on human health, and the rationale behind it is pseudoscientific. And if you want to avoid Lyme disease, a good tick repellent would be a much better investment.

High-cholesterol diet, eating eggs do not increase risk of heart attack, not even in persons genetically predisposed

How to Lose Face Fat

If You Want to Lose Weight From Running, Read This