How safe is the Paleo diet?

Scientists have warned against following celebrities into “fad” diets that are not supported by scientific evidence, as findings published in the journal Nutrition and Diabetes reveal that just 8 weeks on the “Paleo” diet can pile on the pounds and raise the risk of health problems.Mice on a Paleo diet gained 15% of their body weight in less than 2 months.Image credit: University of Melbourne Supporters of the low-carbohydrate, high-fat (LCHF) “Paleo,” “stone-age” or “caveman” diet recommend consuming only foods that were available to our hunter-gatherer ancestors. Mass media hype, including celebrity chefs, the tabloids and reality TV shows, are…

Mice on a Paleo diet gained 15% of their body weight in less than 2 months.
Image credit: University of Melbourne

Supporters of the low-carbohydrate, high-fat (LCHF) “Paleo,” “stone-age” or “caveman” diet recommend consuming only foods that were available to our hunter-gatherer ancestors.

Mass media hype, including celebrity chefs, the tabloids and reality TV shows, are encouraging growing numbers of people to try this and other diets, despite the lack of evidence regarding health benefits. In 2014, the Paleo diet was the most searched-for diet on the Internet.

Adherents of the LCHF diet consume more protein, fiber and fat than the average Western diet and less sugar and starchy carbohydrates.

Risks of weight gain and diabetes with LCHF diet

However, the pounds will not automatically fall off with an LCHF diet. Moreover, high dietary fat, regardless of body weight, can cause lipids to accumulate in the liver, limiting the ability of insulin to deal with hepatic glucose production.

Researchers at the University of Melbourne were concerned about the hazards of a paleo diet, especially for those who are already overweight and living a sedentary lifestyle and for individuals with pre-diabetes or diabetes.

To investigate, they took two groups of overweight mice with symptoms of pre-diabetes.

The mice in one group consumed an LCHF diet for 8 weeks, 60% of which was fat, compared with their usual 3% fat intake. Carbohydrates made up 20%. The mice in the control group ate their usual food.

After 8 weeks, the Paleo diet group had increased in weight, glucose intolerance and insulin. The mice had gained 15% of their body weight, and their fat mass had doubled from 2% to almost 4%.

This “extreme weight gain” is equivalent to a person who weighs 200 pounds gaining 30 pounds in 2 months.

The bottom line, says lead author Assoc. Prof. Sof Andrikopoulos, is that eating too much fat is not good.

Assoc. Prof. Andrikopoulos, who is also president of the Australian Diabetes Society, concludes:

“There is a very important public health message here. You need to be very careful with fad diets, always seek professional advice for weight management and always aim for diets backed by evidence.”

Instead, he recommends the Mediterranean diet for people with pre-diabetes or diabetes, because, he says, “It is backed by evidence and is a low-refined sugar diet with healthy oils and fats from fish and extra virgin olive oil, legumes and protein.”

Source: How safe is the Paleo diet? : Medical News Today 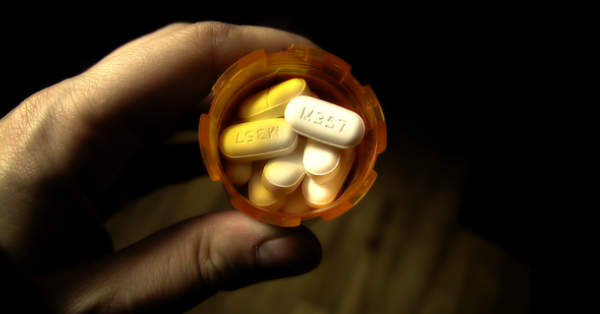 Reporting results from clinical trials is vital for science-based medicine