Could ancient wheat be the future of food?

Researchers believe untapped consumer markets exist for ancient foods such as einkorn, emmer, and spelt, which fed large swaths of the world’s population for thousands of years but disappeared almost completely during the rise of industrial farming and the green revolution. In an Opinion published June 27 in Trends in Plant Science, two plant breeders argue that the consumer demand in the US and Europe for high-quality, healthy food specialties presents an opportunity to reintroduce ancient wheat varieties and other plant species by creating “farm to fork” supply chains that satisfy consumer demand; provide niche markets for small farmers, millers, and bakers; and increase agricultural biodiversity.

“People are interested in diversity, in getting something with more taste, with healthier ingredients, and ancient grains deliver interesting things,” says Friedrich Longin, co-author of the paper. He and Tobias Würschum, both at the University of Hohenheim in Germany, say that consumer preferences in the US and Europe, driven more by a desire for novel products and healthy ingredients than a demand for low prices, create markets that ancient wheat species can fill. They say that by testing and analyzing some of the thousands of varieties found in gene banks, which carefully store seeds from the lineages of ancient species, agronomists and cereal scientists can select those best suited to both modern farming needs and consumer preferences.

Multi-grain breads and baked goods containing ingredients such as oats, barley, and millet are widely available, but the wheat flour in them comes almost exclusively from bread wheat, just one of the three species, 20 subspecies, and thousands of varieties of wheat cultivated and consumed across the globe for thousands of years. The development of industrial agriculture and the green revolution in the mid-twentieth century focused on developing cultivars that produce a high yield and have short stalks which are less likely to collapse in the field and expose the grains to pests and mold. Other varieties ceased to be commercially viable, and as they fell out of favor, traditional dishes and regional food diversity also began to disappear.

Many of these varieties still exist in gene banks all over the world, and scientists view them as an important source of genetic diversity. Longin and Würschum say a multidisciplinary step-wise but holistic approach that looks at both agronomic properties like disease tolerance and yield potential as well as nutritional and taste profiles is needed to select the best candidates to reintroduce to the market. In their own research, they screened hundreds of varieties of einkorn and emmer and tested the 15 best candidates at four different locations in Germany. The results showed the importance of looking at these plants holistically. “When you look at einkorn, it is really fantastic looking in the field, but when you get the agronomic performance, it is low yielding and it falls down in the rain. But then we found there were so many healthy ingredients, and you taste and even see it in the end product,” says Longin.

They also point to the sizable and growing market for spelt products as an example of how ancient grains can be successfully reintroduced in modern markets. Spelt, the main cereal crop in Southern Germany, Austria, and Switzerland until the early 20th century, nearly disappeared. By the 1970s, when its rediscovery started, only a few millers and bakers were still familiar with traditional spelt recipes such as Swabian seelen, a baguette-like pastry. Today, more than 100,000 hectares of spelt are grown annually in and around Germany, with an annual turnover of €1 billion across Europe and an annual growth rate of more than 5%.

Longin and Würschum say that to successfully reintroduce other ancient grain varieties, interdisciplinary cooperation all along the supply chain, from plant breeding to nutritional analysis to marketing, is needed, but they believe the end results can create a self-financing strategy for providing high-quality foods and preserving ancient species. Says Longin, “It would be worthwhile to look a bit more in the gene banks at what diversity is sleeping there that has been forgotten by the industry.”

Fix a Post-Run Stomachache Quickly With These Trainer Tips 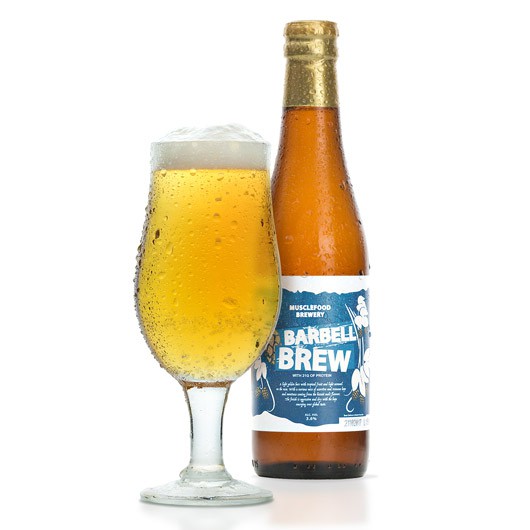 The Next Time You're Feeling Lazy, Remember That Simone Biles Trains 32 Hours Every Week