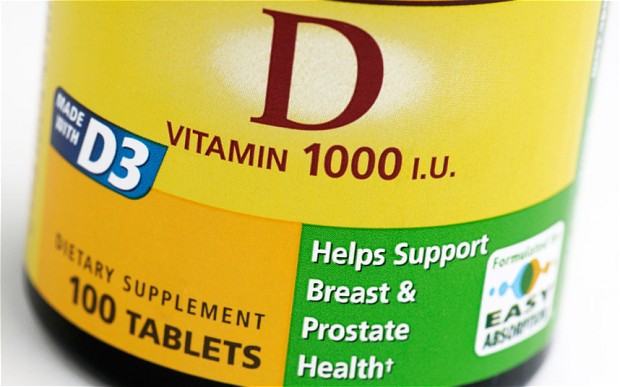 Is vitamin D a panacea? The evidence says otherwise.

It’s been difficult to avoid the buzz about vitamin D over the past few years. While it has a  long history of use in the medical treatment of osteoporosis, a large number of observational studies have linked low vitamin D levels to a range of illnesses. The hypothesis that there is widespread deficiency in the population has led to interest in measuring vitamin D blood levels. Demand for testing has jumped as many physicians have incorporated testing into routine care. This is not just due to alternative medicine purveyors that promote vitamin D as a panacea. Much of this demand and interest has been driven by health professionals like physicians and pharmacists who have looked at what is often weak, preliminary and sometimes inconclusive data, and concluded that the benefits of vitamin D outweigh the risks. After all, it’s a vitamin, right? How much harm can vitamin D cause?

There’s no lack of research on vitamin D. Unfortunately, much of that research has been observational, which can find interesting correlations, but can’t demonstrate cause and effect. While there have been some high-quality, large prospective trials using vitamin D as a therapy, there are also a huge number of smaller, poor-quality trials, many of which have produced positive results that haven’t been replicated in larger studies. The net effect has been lots of positive press, but some persistent questions that may not be as widely understood. A new paper from Michael Allan and colleagues set out to summarize the evidence base for vitamin D across multiple uses. It was published in the Journal of General and Internal Medicine, and is entitled “Vitamin D: A Narrative Review Examining the Evidence for Ten Beliefs.” And scanning the list, most of the common claims and beliefs are there: osteoporosis, falls, colds and the flu, cancer, etc. As a narrative review, it is important to note that this type of paper has a high risk of bias. The authors do state that they preferentially sought out systematic reviews and meta-analyses (which, when well conducted, can produce very objective information) but when wrapped in a narrative commentary, the risk of bias increases. This doesn’t mean the findings are incorrect, but that the conclusions emerging from a narrative review (compared to a well-conducted systematic review) will be less robust and quantifiable. While the paper is behind a paywall, I will touch on each of the myths and the evidence they cite, because the paper neatly summarizes the overall evidence base for many of the claims made for vitamin D that I and other contributors have discussed in past posts.

#1: Vitamin D supplementation may modestly reduce falls in the elderly

A few small observational trials found an association between low levels of vitamin D and falls in the elderly. Falls are a source of considerable morbidity in this group, so a cheap vitamin that has even a modest effect at reducing falls would be welcomed and likely quickly put into use. There have been eight meta-analyses conducted, with overall inconsistent results. The effect of vitamin D may be real, but if real, it is modestly effective at reducing both the number of falls and the number of people that fall. The effect estimate may fall into the “futility boundary”, implying borderline clinical significance.

#2: Vitamin D supplementation may reduce fractures, when given with calcium

I blogged about vitamin D, calcium and fractures several months ago in response to a paper that claimed that treatment guidelines that included these products were not evidence-based, and were more likely due to a confluence of conflicts-of-interest. I disagreed.

Calcium and vitamin D support the production and maintenance of the skeleton. Calcium is the major mineral in bone. Dietary guidelines for all ages emphasize the importance of dietary calcium as an essential component (along with physical activity and lifestyle factors) of life-long behaviours to promote bone strength and density. Vitamin D is also important for normal bone development. A deficiency of vitamin D causes the bone-softening disease rickets in children, by reducing the absorption of calcium in the diet (osteomalacia in adults). Given observational studies link low levels of vitamin D with fractures, it has long been hypothesized that vitamin D supplementation may reduce the risk of fractures. There’s long been interest in the role of supplements, particularly in people who may not obtain adequate amounts of the vitamin through diet or sun exposure.

This review looks at systematic reviews published in the past five years and noted that vitamin D, when given at doses of 800IU per day or more, and combined with calcium, significantly reduces hip fractures and fractures overall. The relative reductions are about 10-15%. About 45-67 people need to take calcium and vitamin D for 10 years to prevent one fracture. Again, while the result is modest, it does appear to be real.

Based on a cohort study that linked low vitamin D levels with upper respiratory tract infections, the idea that vitamin D supplements could reduce colds and the flu was born. Three systematic reviews or meta analyses have been done. Criticisms of these papers have included the fact that the populations studied have been quite different, ranging from children in Afghanistan to healthy adults from Long Island. The authors conclude the most robust analysis was likely Mao 2013, which found that vitamin D had no effect. The authors refer to their own separately published summary of the evidence which also concluded that vitamin D has no effect in western populations, but might have an effect in children in developing countries with more profound vitamin D deficiencies. Notably, the single randomised, controlled trial that’s both high quality and most relevant to an otherwise healthy population (Murdoch 2012) found no meaningful effects.

Multiple studies, summarized in a systematic review and meta-analysis, have found that lower vitamin D levels are associated with an increased risk of depression. Trials that have studied supplementation have been difficult to interpret owing to multiple sources of bias. Systematic reviews are conflicting. At best, vitamin D may have a small effect on patients with clear depression, but the evidence is still unclear. Vitamin D has no effect on well-being in the general population who do not have clear depression, even when vitamin D levels are low.

In following a population of women that developed rheumatoid arthritis (RA) over the course of an observational study, a correlation was found between low consumption of vitamin D and a higher likelihood of rheumatoid arthritis. However, another, larger study failed to show the same correlation. In clinical trials, the Women’s Health Initiative study failed to show any relationship between calcium + vitamin D (vs. placebo) and the prevention RA over 5 years. In those that have RA already, there’s only poor quality data, none of which is conclusive. Overall, there’s no convincing evidence to suggest a role for vitamin D supplements to prevent or treat RA.

Given what appears to be a correlation between increasing latitude and the prevalence of multiple sclerosis (MS) in the population, the link with vitamin D levels has been suggested. This has been supported by observational trials that have  shown that MS patients with more active disease may have lower levels of vitamin D. This important question can’t be answered with confidence because the trials have been small with methodological quality issues. The three published systematic reviews have shown null-to-mixed effects across multiple outcomes. There’s currently no compelling evidence to suggest supplementation is worthwhile.

#7: Vitamin D supplementation may have a modest effect on mortality

This is the granddaddy of all endpoints – all cause mortality. Recognizing how difficult this would be to assess hasn’t preventing this question from being studied. Populations studied have included older adults who were sometimes institutionalized. All six systematic reviews have shown effects that cluster at or around zero, and the mortality effect could range from an relative increase of 2% to a reduction of 13%. The authors estimate that a relative reduction of 5% is probably more likely, but that there could be no effect at all. There is some ongoing research which may clarify this question in time.

While there’s consistent evidence showing lower vitamin D levels and the risk of cancer, prospective data is lacking. Two newer meta-analyses have been conducted and both reported no effects of vitamin D supplementation on the incidence of cancer. If there’s any effect at all, it’s indistinguishable from zero effect. The Cochrane analysis looked at cancer mortality and did find a modest benefit. The overall evidence base, however, was of low quality. The authors concluded (and I agree) that we need better quality data to truly answer this question.

Given the ubiquity of supplementation in the absence of deficiency, there’s been research into the harms of vitamin D, driven by the belief that more=better. Ironically, high doses of vitamin D seem to increase the risk of falls and fractures, causing the consequences that we are trying to prevent. There’s also weak evidence that high doses are associated with higher mortality rates.

There’s a lack of evidence to demonstrate that routine vitamin D testing is necessary. The Choosing Wisely campaign recommended against routine testing as the results of the test are not likely to change the medical advice you’ll receive, which includes basic lifestyle advice (stop smoking, control your weight, be active, and to focus on getting your vitamin D from food and the sun). Despite the recommendations against testing, it has become widespread: In 2011, US Medicare spent $224 million on vitamin D tests for seniors.

Despite the correlation of low vitamin D levels with an array of medical conditions, the evidence for supplementation remains unconvincing for most uses. Given the modest benefit, low cost, and relative lack of side effects, vitamin D, when used with calcium, retains a role in the prevention of fractures, along with the possibility it may modestly reduce falls and mortality. As for testing, you might need one if you have osteoporosis, or have any medical condition that affects your ability to obtain or use vitamin D. In the broader population, there’s no clear need for testing at all. This area, like a lot of nutritional research, is plagued with lots of low-quality evidence that is more than likely to steer us in the wrong direction. Until better evidence emerges, taking a cautious approach to vitamin D seems sound. Supplementation at modest doses is safe. If you do decide to supplement, remember that more isn’t better, and keep your dose low enough to avoid potential harms.

The Genius Fruit Water Hack That Will Make Life Easier 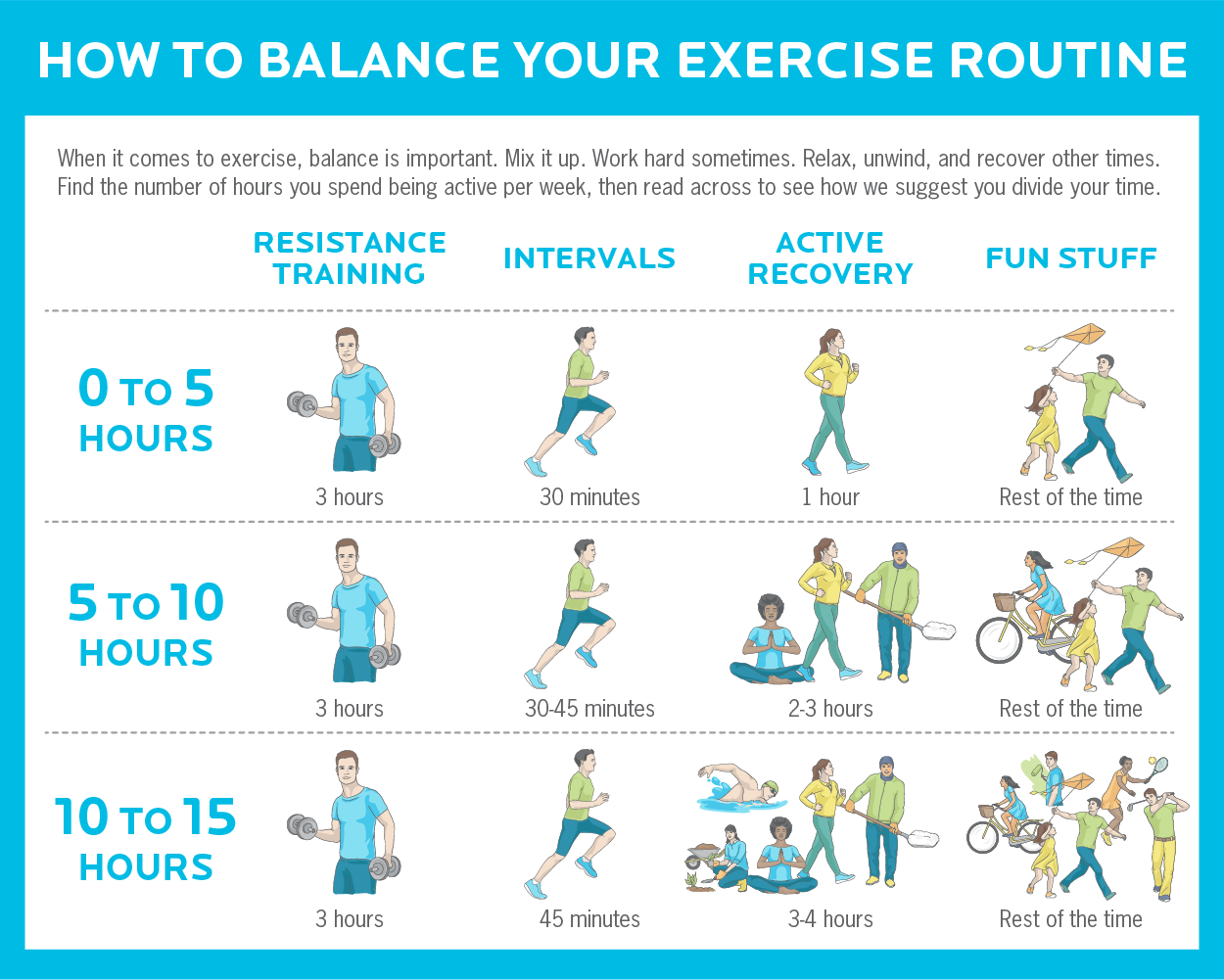 8 Healthy Subway Orders For When You're on the Go