GMO soy has been found to be contaminated with pesticide residues (see Are GMOs Safe? The Case of Roundup Ready Soy), but are these levels anything to worry about? I explore this question in my video Is Monsanto’s Roundup Pesticide Glyphosate Safe?.

Researchers out of Norway described the amount of pesticide residues found in GMO soy as high compared to the maximum allowable residue levels. The legal limit for glyphosate in foods had been set at 0.1-0.2 mg/kg; so these exceed the legal limits by an average of about 2000%, whereas organic and conventional non-GMO soy both had none.

So what did Monsanto do? Did the industry ditch the whole GMO thing, go back to using less pesticides so that residue levels wouldn’t be so high? Or, they could just change the definition of high. What if they could get authorities to raise the maximum residue level from 0.1 or 0.2 up to 20? Then the residue levels won’t look so high anymore. And this is exactly what they did. The acceptance level of glyphosate in food and animal feed has been increased by authorities in countries that use Roundup-Ready GM crops. In Brazil, they went up to ten, and the U.S. and Europe now accept up to 20. In all of these cases, the maximum residue level values appear to have been adjusted, not based on new evidence indicating glyphosate toxicity was less than previously understood, but pragmatically in response to actual observed increases in the content of residues in GMO soybeans—otherwise it wouldn’t be legal to sell the stuff.

What evidence do we have, though, that these kinds of residues are harmful? For 12 years we’ve heard that Roundup interferes with embryonic development, but that study was about sea urchin embryos. For 14 years we heard that Roundup may disrupt hormones, but that’s in mouse testicles.

Blogs will dish about concerning new studies implicating Roundup in male fertility, but if we look at the study, it’s about rat testicles. Some blogs cite studies with disturbing titles like “prepubertal exposure alters testosterone levels and testicular shape,” but they’re talking about puberty in rats, though that doesn’t make as catchy a blog title.

Why not use human tissue? Women are having babies every day—why not just experiment on human placentas, which would otherwise just get thrown away? In 2005, researchers did just that. And despite all the negative effects in rodents, glyphosate, the active ingredient in Roundup didn’t seem to have much of a toxic effect on human cells even at high doses, or have much effect on a hormone regulating enzyme, leading Monsanto-funded reviewers to conclude that regardless of what hazards might be alleged based on animal studies, “glyphosate is not anticipated to produce adverse developmental and reproductive effects in humans.”

But pure glyphosate isn’t sprayed on crops, Roundup is, which contains a variety of adjuvants and surfactants meant to help the glyphosate penetrate into tissues. And indeed when the study was repeated with what’s actually sprayed on GMO crops, there were toxic and hormonal effects even at doses smaller than the 1 or 2% concentration that’s used out on the fields.

Similar results were found for other major pesticides. It took until 2014, but eight out of nine pesticide formulations tested were up to one thousand times more toxic than their so-called active ingredients, so when we just test the isolated chemicals, we may not get the whole story. Roundup was found to be 100 times more toxic than glyphosate itself. Moreover, Roundup turned out to be among the most toxic pesticides they tested. It’s commonly believed that Roundup is among the safest, though, an idea spread by Monsanto, the manufacturer. However, this inconsistency between scientific fact and industrial claim may be attributed to the huge economic interests involved.

What is glyphosate? Check out: Are GMOs Safe? The Case of BT Corn.

It’s the dose that makes the poison, though. Do we have evidence that the levels of Roundup chemicals not only found on crops, but also in our bodies after eating those crops actually have adverse effects? That’s the subject of the video: GMO Soy and Breast Cancer.

Commercial interests can have a corrupting effect on the science of nutrition and hold sway over institutions that are supposed to operate in the public interest. See for example:

PS: If you haven’t yet, you can subscribe to my free videos here and watch my live year-in-review presentations Uprooting the Leading Causes of Death, More Than an Apple a Day, From Table to Able, and Food as Medicine 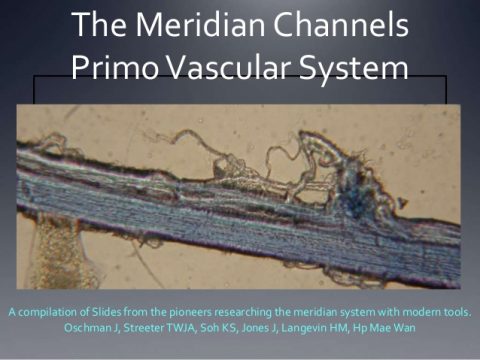