Does acetaminophen during pregnancy raise the risk of behaviour problems? 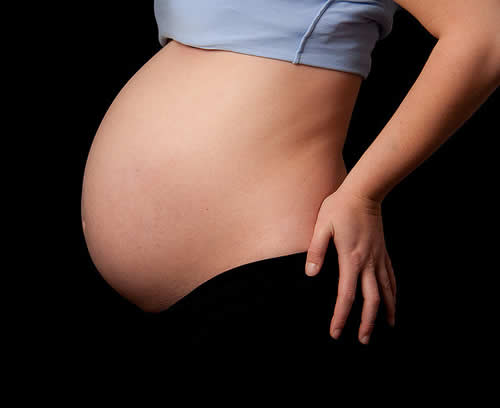 In my career as a pharmacist I’ve answered a lot of questions about medication use in pregnancy. Pharmacists are among the most accessible health professionals, and we’re usually found near a wall of medicines and supplements.  Many don’t trust Dr. Google, and for good reason: There are conflicting answers online. When it comes to medication use in pregnancy and effects on the fetus, we have no perfect data. Since no-one is randomizing women to drug treatment or placebo, we must rely  on weaker, less definitive evidence. An appropriate response from a health professional will describe known risks and expected benefit, summarizing what we know, and how confident we are in that answer. One of the most popular drugs used in pregnancy is acetaminophen (sometimes called paracetamol or APAP), and commonly known by the brand name Tylenol. An emerging concern with acetaminophen is whether use during pregnancy raises the risk of attention deficit hyperactivity disorder (ADHD) and related behavioural problems. While I covered this question once, back in 2014, there’s a new paper that’s putting this issue back in the news. From Evie Stergiakouli and colleagues is the paper, “Association of Acetaminophen Use During Pregnancy With Behavioral Problems in Childhood: Evidence Against Confounding“, published this week in JAMA Pediatrics.

Google “Tylenol and pregnancy” and you get 15 million results. What are the facts?

It should come as no surprise that acetaminophen has generated several posts over the years at SBM. It’s one of the most commonly-used medicines worldwide, starting in infancy for fever, right through towards end-of-life pain control in the elderly. As an ingredient, acetaminophen is packaged into hundreds of prescription and non-prescription drugs. Acetaminophen has a good safety profile when used appropriately. However it is among the most harmful of drugs in overdose, and the ease at which overdose can occur makes acetaminophen the cause of hundreds of cases of liver failure per year. The consequences of acetaminophen poisoning are a major public health issue. Given the frequency of use, and the unique risk profile, there are continued questions about whether widespread usage is doing more harm than good. (If the product were to be invented today, I personally doubt it would even be approved for sale an an over-the-counter drug.) But acetaminophen has a long history of (usually) safe use, so regulators (and manufacturers) continue to experiment with ways to make the drug available to consumers for self-selection, while trying to reduce the risk of unintentional harm.

Pain in pregnancy is common. Beyond the non-pregnancy causes of pain everyone can experience, like headaches and colds, the pregnant body is undergoing a rapid transformation that may not be painless. Weight gain of 25 or more pounds leads to posture changes and painful joints. Low back pain is common, and it can be worse at night, leading to insomnia. While non-drug measures should always be attempted before considering drug treatment, severe or prolonged pregnancy pain may lead to questions about the safety of analgesics like acetaminophen.

Using medication in pregnancy requires a close consideration of risks, benefits and alternatives. Doing nothing is always an alternative for pain, but the consequences of untreated pain need to be examined as well. Stacked up against other pain relievers, acetaminophen has some attractive features. Anti-inflammatory drugs like ibuprofen must be avoided in the later stages of pregnancy, due to the concerns about cardiovascular toxicity. Compared to the anti-inflammatory drugs, acetaminophen is unlikely to cause gastrointestinal ulcers, blood disorders, or kidney problems. Nor does acetaminophen appear to increase the risk of cardiovascular events such as heart attacks and strokes. Moreover, compared with anti-inflammatory drugs, acetaminophen has few interactions with other drugs, so it can safely be used for pain relief in pregnant women on other medications, or with other medical conditions where other pain relievers might have unwanted effects.

Beyond acetaminophen and the anti-inflammatories are the narcotics. The addictive properties of narcotics are well known, and they affect the fetus too. Compared to a drug like codeine or morphine, acetaminophen provides a non-addictive alternative that may be more appropriate for short-term or even long-term pain issues when drug treatment is considered. (The FDA’s 2015 statement on pain relievers in pregnancy provides a concise summary.)

What is the new data?

The new paper is an analysis of 7,796 mothers from Bristol, England. A prospective cohort study (the Avon Longitudinal Study of Parents and Children) allowed researchers to assess associations between acetaminophen and subsequent behaviours. Acetaminophen use (in the previous three months) was collected based on self-reports at 18 and 32 weeks of pregnancy. The same question was asked based on maternal and partner self-report after the child was born.  When the children were 7 years old, an analysis based on these surveys was conducted that looked for the presence of behaviour issues.

Some strengths, but also limitations

This was a prospective study that raises some interesting questions. As the researchers didn’t observe any correlation between post-partum acetaminophen use and behavioural issues, they hypothesize that the difference may not be explained by hidden confounders, like other behavioural or social issues. But while the study controlled for many confounders, there’s still the potential for some other factor to be influencing the findings. Some of the risks appeared to decrease, not increase, with acetaminophen use.

One of the biggest limitations to this study is that there was no collection of data on actual acetaminophen use. Not only was this data self-reported, no dosage or duration of use data was collected.

Despite the limitations, we shouldn’t dismiss data like this out of hand. While the actual effect (if it actually is real) is small, we need more data to give us greater confidence in this finding. From a public health perspective, understanding if acetaminophen is having a negative effect is an important question to answer.

Acetaminophen is widely used in pregnancy, and has traditionally been considered a safe drug. Consequently, it’s no surprise that this new finding has generated a lot of attention. This new study suggests that acetaminophen may be having subtle effects on behaviour. We need to consider this study in the context of other evidence. Ideally, this finding needs to be confirmed by other researchers using other datasets – hopefully with better data collection on actual use. But we can be reassured that even if this effect is real, it is very slight. Unwarranted panic isn’t justified, but it does remind us that evidence is constant emerging and we need to continuously reassess our practice (and advice) against the best evidence. No drug, not even acetaminophen, should be taken in pregnancy unless it’s felt necessary. However, pregnant women shouldn’t suffer in pain needlessly. Acetaminophen continues to be the preferred pain reliever in pregnancy.